The Calders travel to the Mother City in South Africa. END_OF_DOCUMENT_TOKEN_TO_BE_REPLACED

I’ve spent the past week in Cape Town as travelling salesman for the band, getting to meetings, doing general PR, sorting out Schengan and UK visas… and would you believe, performing a couple of shows. END_OF_DOCUMENT_TOKEN_TO_BE_REPLACED

Last year’s Cape tour was an incredible experience for me personally. We performed in a packed-out 25m2 café of wine drinkers. We opened for Plush at the Assembly to hundreds of young boozers. We performed a supper-theatre show for an audience where the average age was 65. And we set up on a verandah in Paarl and performed for a group of orphaned children. Six nights out of seven, and Rudi made it through alive.

That seems a lifetime ago. END_OF_DOCUMENT_TOKEN_TO_BE_REPLACED

It really was an impulse decision. Three days after the announcement, tickets were 90% sold out – which was cause for sudden reflection, questions of an existential nature and the opportunity to be young again. 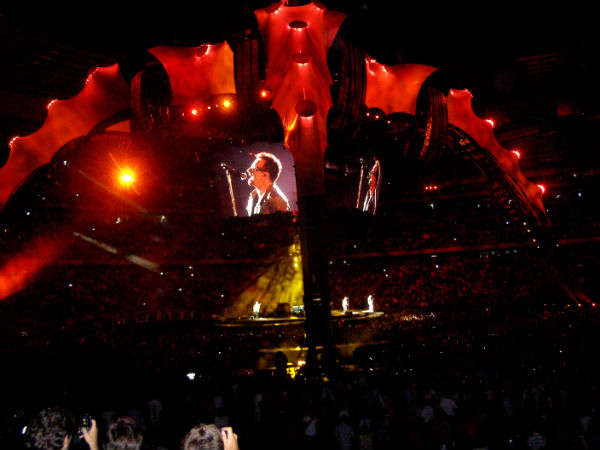 Now I know that the Irish, and their frontman in particular, fetch a lot of criticism from the grumpy and the generally cynical. But it really would take a very unique type of anal-retentiveness to not be amazed at this concert experience.

The excitement in the outer hallways of the stadium is as electric as the vibe inside. And all of a sudden, there they are… END_OF_DOCUMENT_TOKEN_TO_BE_REPLACED

::Harbourlight:: is a band from Johannesburg, made up of 5 guys who work hard but have a whole lot of fun making awesome music together. Their first brilliant offering, entitled Come Home, was initially released in July 2008 and subsequently re-released in late 2010 after they secured a distribution deal with Maranatha Music. Their second album was recently released and has already been well received, with the single Closer being playlisted on local radio stations KFM in Cape Town and OFM in Bloemfontein.

Check out our interview with them below:

END_OF_DOCUMENT_TOKEN_TO_BE_REPLACED

Crazy World is the oldest song on the album.

I started writing it over two years ago while on holiday in Cape Town. I remember the vast, crazy contrast while I was there: the immense opulence of Camps Bay versus the in-your-face drags of Khayelitsha. I remember how foreign both ways of life were to me. I pondered over it for weeks. In the end, END_OF_DOCUMENT_TOKEN_TO_BE_REPLACED

So at last, our issues with web service providers seem to have been solved and we’re back up and running. Many apologies to all those who were trying to get on the website and couldn’t… it was beyond our control and incredibly frustrating, but we’re glad to be up and running again!

The band’s first soiree into Cape Town was an unbelievable time. For a band, there is nothing like END_OF_DOCUMENT_TOKEN_TO_BE_REPLACED