Most people absolutely love the idea of a concert in their home, but in the back of their minds they’re thinking: “I wonder what a RCB house concert will actually be like?

“Will it be me and my mates sitting around watching the show, snacking on food and drinking wine in a lekker chilled vibe? Or is it gonna be rock ‘n roll mayhem in my house?”

In short, here’s what to expect: 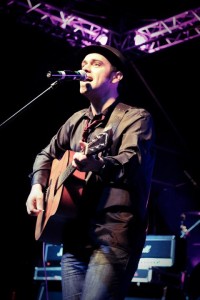 The RCB music has been categorised by many listeners as pop/acoustic/indie rock music… very easy listening… so it’s not the kind of music that is conducive to having your furniture jumped on or lampstands smashed (if that’s what you were worried about).

First up, you need to send an e-mail to ryancalderband@gmail.com if you’re interested. From there, we’ll be in touch with you with regard to the details of hosting a #RCBHouseConcert.

Here’s what we do during the show:

1. Stories. Research tells us that people make sense of the stuff when it is embedded in stories. So that is what we do – we have a story to tell, and music to go with it. It’s original, authentic and it’s ours.

2. Regular competitions and giveaways. For example, instead of telling a story behind a song, we have a competition to see if anyone can guess what inspired the song. At the end of the song the person who has the closest explanation, or the most hilarious/original explanation, wins some merchandise – like albums or shirts or USB flash sticks. (One day, we’ll be giving away holidays in the Carribean.)

3. Live online interaction. As you may know by now, we like online stuff. Throughout the show we encourage interaction via social media. Sometimes it’s a caption competition on our website, a specific hashtag during a show (e.g. #SuburbJol #RCBHouseConcert) or seeing who can post the most artistic photo on our Facebook page.

4. Art. We like creating stuff, and we like creating stuff with others. So any show could have a number of creative elements to it. We could ask everyone in the room to draw a picture during the course of the show, or take a really arty picture with their smartphone, or be part of a live recording and sing some gang vocals on a particular song… there’s just no limit.

5. Laughs. You must have fun. Life is just too short. Expect to come to an RCB show and leave feeling better about the state of the world.

6. Great music. Ok, so we’re perhaps a bit biased. But it would be wrong if we didn’t like the music we play, neh? So we’ll be making merry tunes, happy grooves and general musical goodness.