I GOOGLED “How To Fix The World”… it came up with some interesting reads. You know, lofty socio-economic reforms and major paradigm shifts in political ideology. Possible, but not probable… And certainly not feasible given the state of everything.

For me, I like to think about how to fix the world by using this picture:

“All the darkness in the world can’t dim the light of one small flame.”

As a teenager, I remember spending one holiday in the Karoo with my friend. The vast, flat, desert landscape was particularly dark at night. We’d sneak out and go for walks long after sunset in the cold, dark winter evenings. I remember clearly how a distant car’s headlights could illuminate everything around us.

That was powerful imagery: light pushes back darkness.

Ok, so you’re with me so far… light pushes back darkness, and so all you have to do to fix the world is shine some light into it’s dark recesses.

The next question is, how?

How do you shine a light that will fix the world?

Ok, well first of all… some context here. You and I can’t fix the world on our own. We need help. Divine-intervention-kind-of-help. Because the first part of recognizing how to fix something is to see exactly where the fault is. And you and I are part of the world, which means we’re a part of what is broken.

But the truth is… we’re broken… we fall short… ka-put.

Take for example, how you drive. 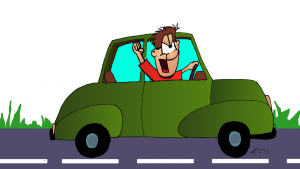 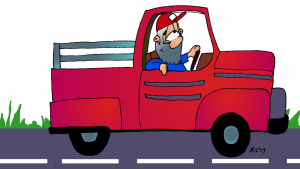 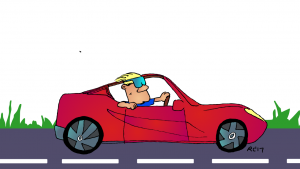 Rules are there for a reason. They’re intended to keep everyone on the road safe. In South Africa, I heard someone once say that traffic laws exist more as general guidelines rather than hard-and-fast rules. Certainly that seems to be the case the way some people drive! But on the other end of the spectrum, you have those on the road that will try and enforce the rules themselves – through driving tactics, hooters and general “death stare” tactics… sometimes even road rage.

Rules are there for a reason. They’re intended to keep everyone safe. And yet somehow, our flaws and failings as the human race seem to indicate that the rules polarise us apart more and aggravate our differences, more than they do to keep us together and happy.

So how do we fix the world? I think we need good relationships. With ourselves. With our families. With our friends and community. And yes, even with those who irritate us.

To get back to my earlier point, you and I can’t fix the world on our own. We need each other’s help. When we realise that it’s okay to be different – that compromise is sometimes better than doggedly trying to stick to the rules – that’s when relationships take priority. That’s the one small flame we can all shine together.

And I believe that’s when we’ll see more fixing than brokenness in the world around us.